The shortlist for the Royal Society of New Zealand Manhire Prize for Creative Science Writing has just been announced on this page and I'm very pleased to be a finalist in the non fiction category.

This year's topic was on the future of science in New Zealand and it took its inspiration from the transit of Venus: "One day in 1769 the future of Aotearoa arrived quite unexpectedly, from the East, and in a form undreamt of. Just as it had some six centuries before. What future is on the horizon now?" 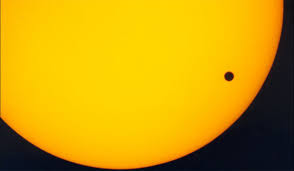 This competition always comes up with some fascinating entries and I'm looking forward to reading the other shortlisted ones, both fiction and non fiction.
Posted by Philippa Werry at 08:56 1 comment:

Our favourite cinema is the wonderful Penthouse cinema in Brooklyn and lately it's been possible to see not just movies there, but filmed versions of live performances - the Met Opera in New York, and from London the Proms at the Royal Albert Hall, Shakespeare at the Globe and various National Theatre performances.

The National Theatre ones and the Proms are apparently shown live at sites all around the UK. Here on the other side of the world we have to wait a bit longer, but you still get something of the sense of a live performance - you can see and hear the audience and the venue and sometimes the backdrop: the dome of St Paul's in the background and the London Eye all lit up, revolving above the Thames.

The show we've just seen was The curious incident of the dog in the night time, and it was fascinating to see how a book that is told so much from inside someone's head (and that 'someone" an autistic boy) could be translated to the stage. But it worked, and the sound and lighting and special effects all combined to give the effect of the overload on Christopher's mind when things got too much for him.

The set was also fascinating: hardly any props apart from numbered boxes and a trainset, but the floor was marked by a grid of small lights that could be turned on and off in patterns, and some of the best scenes involved intricate choreography of rest of the cast, all swirling around him at the train station or the Underground. The shots were sometimes filmed from directly above so I don't know if the audience would have got the same view, but the scenes of Christopher going down the escalator, or the train passengers looking out the window - which were both filmed with the cast lying down - were very clever.


It made me think about how acting - and playwriting - is such a collaborative process, and so different from sitting in a room on your own and writing a book. And how watching a play is equally a social event, as opposed to sitting reading a book by yourself. And how interesting it is when something like this is transformed from one medium to the other.

Posted by Philippa Werry at 08:06 No comments: