Treasures in the letterbox

There was a lovely story in Saturday's paper about a woman who lived in Japan for a while and was given a letter by a Japanese friend when she left - the sort of letter that you would want to treasure forever.

It made me think of all the letters I used to write, and so seldom do nowadays. When we were travelling, there was no email or Internet of course - let alone cellphones or GPS - so we wrote letters, or postcards (and often used to get lost), and most of the time nobody knew where we were until a week or so later when the letter arrived.

And years before that, when I was young, we had penpals - what a quaint idea that seems now! I was probably quite an annoying penpal because I would reply much quicker than the other person did, so they would always be owing me a letter.

I do still have one faithful corespondent, who writes from the other side of the world, usually on the same sort of blue envelopes and paper (whereas mine in return are scribbled on scraps, because I no longer buy writing paper) and it's always a treat to find a real letter in the letterbox.

We talk a lot about how the publishing world is changing, less (unless you're a biographer) about how letters are vanishing from our lives. One of the things I love about them is that they are such a straightforward and uncomplicated way of writing. You're not worrying about how much or whether you'll get paid. Unless you're already rich and famous, you don't have an eye on possible publication. Your attention is on the person you're writing to, or perhaps on the scene in front of you, and you're writing out of (often) affection, or maybe another emotion like awe or wonder at some new sight you're encountering for the first time. 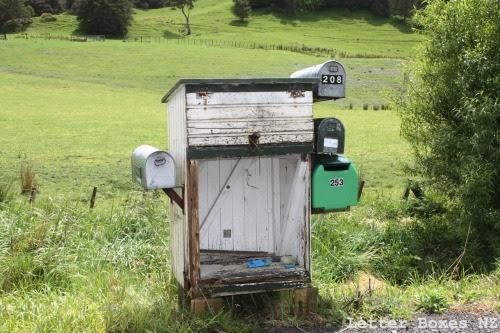 Sigh. No use fighting the tide, though. Letters, posties, even letterboxes probably won't be around for much longer.
Posted by Philippa Werry at 11:05 No comments:

Email ThisBlogThis!Share to TwitterShare to FacebookShare to Pinterest
Labels: letters, the writing life

Katherine Mansfield and the Wellington storm

The storm that just swept through Wellington brought down power lines and trees - a lovely one just opposite our house, ripped off roofs, scoured out railway lines, sent waves crashing across roads, demolished sea walls and generally caused a heap of damage. A week before, we'd been watching the film on the sinking of the Wahine at the Museum of Wellington City and Sea. Thankfully there was no such tragedy this time, although one of the ferries spent what must have been an uncomfortable day out in the harbour, monitored by a small watchful tugboat, until it could be safely moored again.

Sadly, it seems that one of the houses that has suffered the greatest damage is a small seaside cottage in Day's Bay, once owned by the Beauchamp family, where Katherine Mansfield (then Kathleen Beauchamp) used to spend holidays as a child.

A few years ago, I went on a Day's Bay literary walk, led by Don Long, who took us round to see a number of houses in the area owned by past or present writers. One of them was this wee cottage, and the owners kindly let us have a look inside. You can read more about the house on the New Zealand Historic Places Trust website.

Today's paper reports that it has been so badly pummelled by the waves, it may be a write-off. 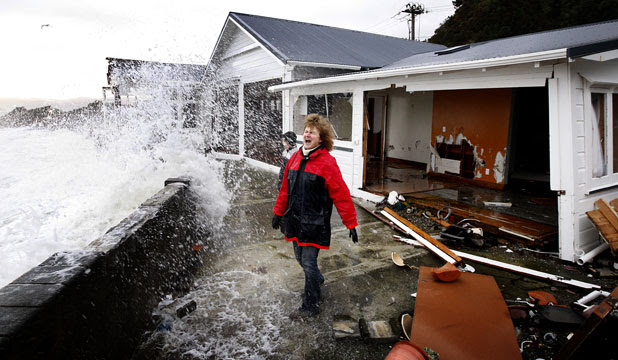 Don commented presciently that "the waves still sometimes break against – virtually over – the house on Downes’ Point during storms." He explained that Sir Harold Beauchamp bought the land in 1906, and it was Kathleen’s "bolt-hole" from then until she left for London in July 1908, aged 19. Memories of it stayed with her forever and infused her writing of one of her most famous stories, "At the Bay". You can read it online here, thanks to the Katherine Mansfield Society.

On 4 March 1908, Kathleen wrote, “The sea has never seemed so high – so fierce.  It dashes against the rocks with a sound like thunder.”


Posted by Philippa Werry at 15:08 No comments:

Bliss = being snug and warm inside (hoping the power doesn't go off) while a wild southerly rages outside, up to pg 375 of Life after life and still another 154 pages to go. The sort of book you can't wait to finish but want to last forever. The only thing that could make it any better is for Jackson Brodie to make a cameo appearance, but I doubt that's going to happen. 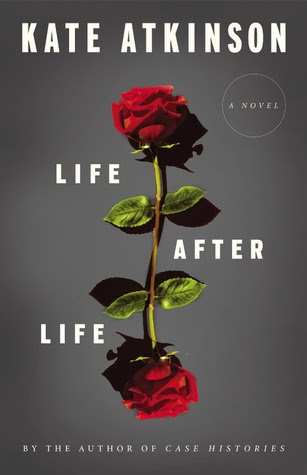 Kate Atkinson appeared recently at the Auckland Writers and Readers Festival - the best possible reason for going - and I didn't. But never mind, because her interview session is now online - over an hour of wonderfulness. Her conversation is as delicious as her prose. How many people can casually drop a word like "bifurcating" into the middle of a sentence?

She had firm opinions about the process of becoming a writer, and the place in that process of creative writing classes - "creative" delivered with imaginary speech marks, because she doesn't like the word. "Learning to be a writer is really, really hard and you have to do it on your own... it's a very isolated, individual thing." She said that what a writer needs is "an enormous cushion of knowing what good writing is", and that you have to "read everything that's ever been written - it doesn't matter if you forget it", because that's how you learn to find your "inner critic", which is the most important part of learning to write.

When the interviewer, Ramona Koval, opened the session up for questions, Kate Atkinson warned the audience that they probably wouldn't be able to match the best question she'd ever been asked. It came from a 13-year-old boy who wanted to know, "if you were stranded on a desert island, which member of your family would you eat first?" She had answered that with tact, ingenuity and humour, which was how she also responded to some other tricky questions in this session. Like predestination vs free will - "that's an extraordinarily large question to be asking me!"

Another good one was "how do you know when it's time to start a new book?" "When I start worrying about money." But the biggest cheer came when someone asked: "can we look forward to more Jackson Brodie?" (He even has his own page on her website.) "He's on a cruise," Kate said. "A long cruise." But she didn't say no.

Kate also said how much she liked the Canadian cover of the book, with a fox on the front. 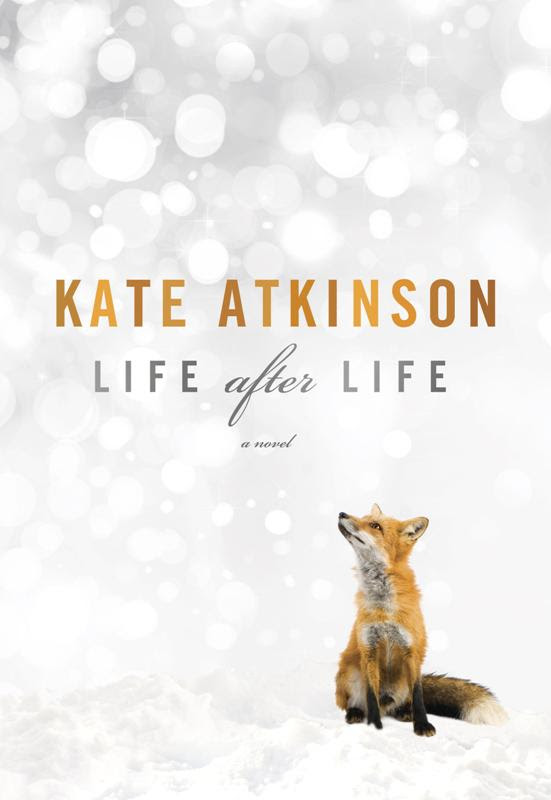 Power still on, phew. Unlike 30,000 other homes around Wellington. Back to the book. Wonderful.

Posted by Philippa Werry at 15:16 No comments:

Thanks to Ngaio School for a great visit last week with the NZ Book Council Writers in Schools scheme. We lived in Ngaio when we came back to New Zealand after several years away, and our first child was there so I have many fond memories of pushing her pushchair up and down its hilly roads.

Year Threes and Fours - I loved how you were such good listeners - and I loved all your questions! - especially these ones:


Thanks again, Ngaio School, and good luck with your reading and writing for the rest of the year.
Posted by Philippa Werry at 08:33 No comments:

Big thanks to all the organisers of the Golden Yarns children's writers and illustrators hui held over Queen's Birthday weekend in Christchurch. They included Te Tai Tamariki, The Children's Bookshop, Storylines, Kiwi Write4Kidz and the Wellington Children's Book Association who sponsored the illustration workshop on the Monday, and a number of wonderful volunteers as well. .

Lots of highlights. Here are a few:


All though the weekend, people who had gone out to look at the central and eastern parts of the city came back sobered and reflective. Seeing it on TV just isn't the same as walking or driving around and seeing it for yourself - the razed sections, the boarded-up houses, the wonky bridges and potholed roads, the sadness of the ruined cathedral.

But there were good parts too. The shipping container mall - much fancier than I expected:

The Quake City exhibition, so well done (even with a screen of quake-related cartoons at the end in case you needed cheering up):


Christchurch was a very special place to hold our writers and illustrators get-together. In fact I think every organisation should think about holding a meeting there if possible. I certainly have renewed respect and more understanding of what Christchurch people have been and are going through.


Posted by Philippa Werry at 08:47 No comments: