The art of adaptation

Still haven't seen The hunger games, but in the weekend we went to the glittering Roxy cinema in Miramar to see The best exotic marigold hotel. Lovely funny movie with a stellar cast cast including Maggie Smith as a bigoted old lady who comes right in the end, Judi Dench and the fabulous Bill Nighy.

The setting is also fabulous (although it's hard to get across the full assault of the senses that is India without the smell of markets and spices and flowers and cooking and rubbish and everything else), and at one stage there is a glimpse of the island hotel on the lake in Udaipur which we were once politely asked to leave, as it was obvious we were scruffy backpackers hoping for a swim in the hotel pool, not bona fide hotel guests. 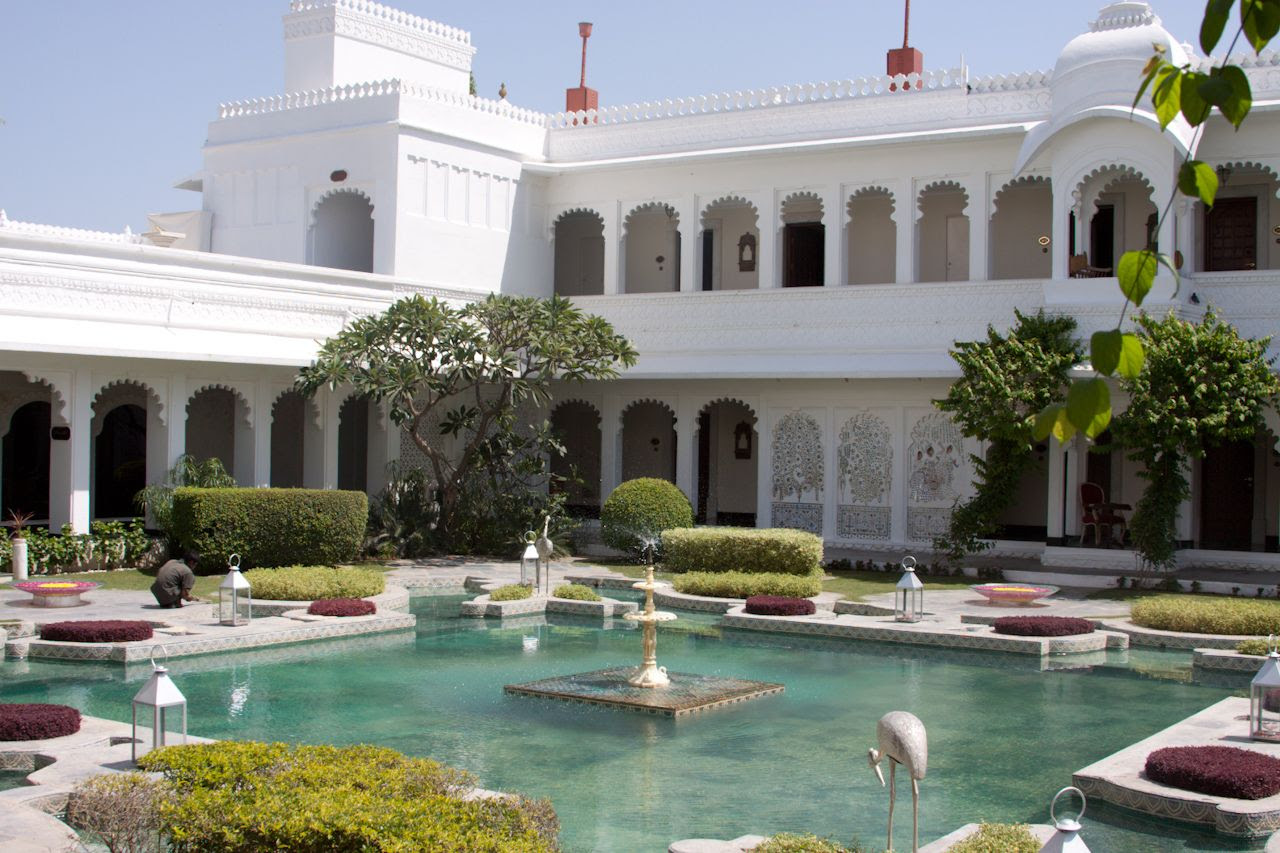 (You can see why two travel-worn backpackers would not have fitted in very easily.)

However I had no idea until the credits started to roll that the film was based on a book by Deborah Moggach  called These foolish things. Google (tells you everything you want to know) put me onto her website, which includes an extract from the book - set not in Jaipur and Udaipur at all, but in Bangalore. That makes sense in terms of the call centre theme I guess, but it did make me start thinking about everything that's involved in adapting a book for a film, and how you decide what to keep and what to change and what to throw away. Somebody must have decided that Jaipur was going to be more photogenic than Bangalore, or maybe it was some other reason altogether to do with proximity to Delhi or the weather - or anything. I once went to a talk by Andrew Davies (who adapted the BBC series of Pride and Prejudice) and it was really interesting hearing him talk about just that sort of stuff, such as why the TV adaptation starts with Bingley and Darcy on horseback, and how and why the famous "wet shirt" scene came about.

Deborah Moggach has written a string of other books (Tulip fever is one) and film adaptations  - she even did the film script for the Pride and Prejudice version with Keira Knightley - and her name sounded familiar so I went looking on my bookshelves and sure enough, I've got a copy of her book Close to home. But I have to admit, the main reason I keep it is because the main character, Kate, lives on Brinsley Street: "an ordinary terraced street of four-storey houses" (not ordinary at all when you live somewhere like Wellington where one-storey wooden houses cling to hillsides) and that was my maIden name. There is a village called Brinsley in the north of England and there was a Brinsley colliery where D.H. Lawrence's father once worked, so it is nice to know there is a Brinsley St too, even if only in fiction.